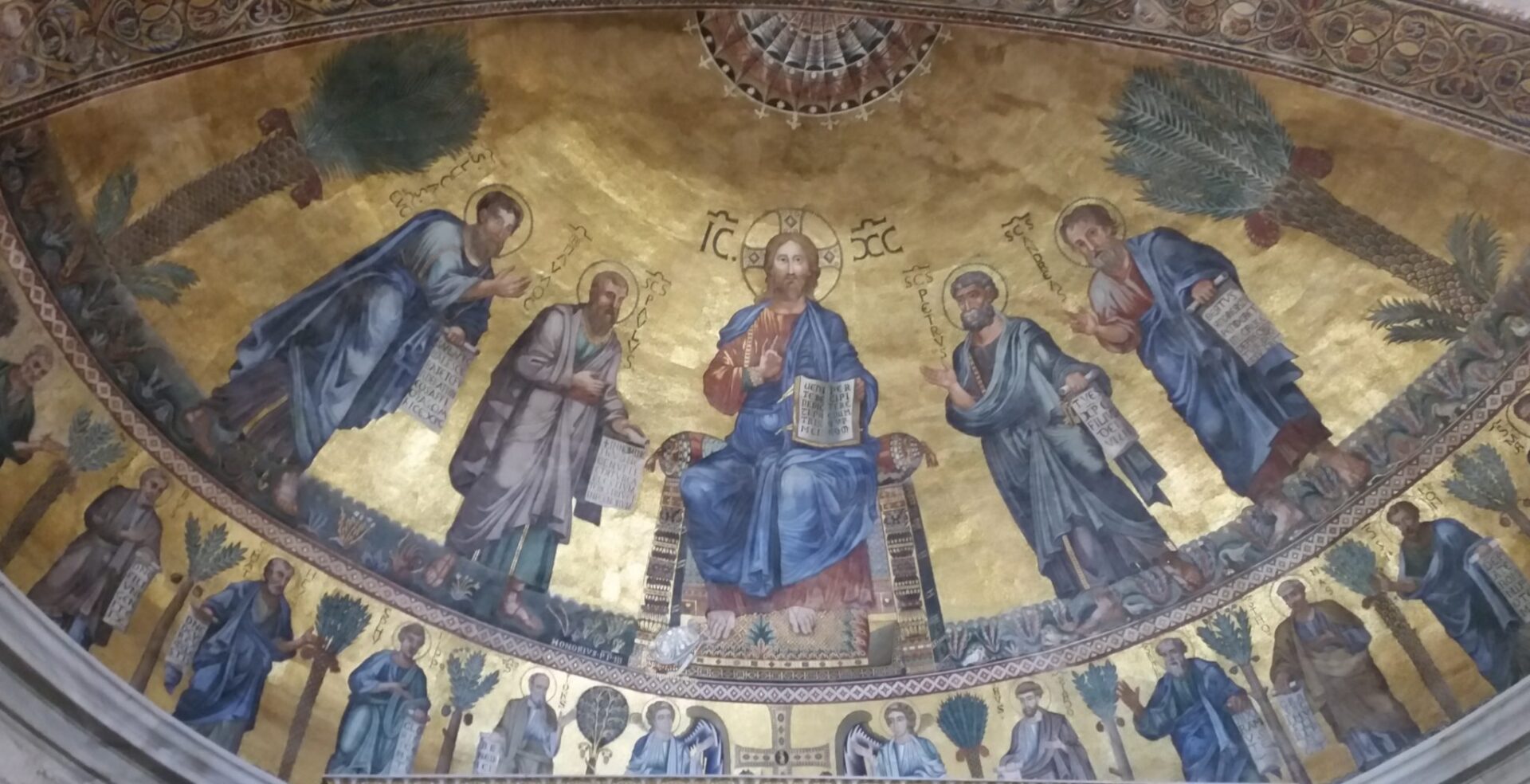 A Week of Great Beauty

In 2015, My son, Father William Goldin, invited me to visit him in Rome for Holy Week. I was able to stay in Casa Santa Maria the residence where the American and other English speaking priests who are graduate students live. Will and I visited five major churches and basilicas in Rome, and also traveled to Orvieto, Siena, Assisi, and Norcia to experience their famous cathedrals, basilicas and churches.

On the evening of Holy Thursday, my son and I attended a beautiful service at a church which uses the ancient liturgy and is in Latin. It was a magnificent, candle-lit service to adore the Consecrated Host on the Altar of Repose. Churches in Rome are open to midnight for visitors to come and and worship on Holy Thursday, The Mass of the Lord’s Last Supper. My son and I were part of a group of three other priests, and it was a special experience. We visited seven other churches that evening, which begins the Easter Triduum.

My son had received the lottery ticket that gave him entrance to St. Peter’s Basilica, to be a con-celebrant of the Masses along with hundreds of other priests, for the Holy Week services, but not for Easter. I was thrilled to be able to attend them. They were all extraordinary.

On Good Friday, I was waiting in line outside St. Peter’s Basilica for over two hours in cold rain. I had a ticket, as did all the others waiting in line, and I was about at the middle of the pack. My son had gone into the priests’ entrance when we had arrived. Suddenly, an official opened a line to form a new one and I was in the line that made it into St. Peters. The other half of the pack simply didn’t get in.

I was seated at the back of the Basilica. Literally, I was only a few rows in front of the very back. I couldn’t see anything but heads, but I was very happy just to be there. I decided that it was probably impossible to receive Communion with so many thousands of people in attendance. But, I felt lucky to be in the huge congregation. As the distribution of the Eucharist was reaching the end, I suddenly saw my son come to the row of chairs in front of mine to bring the Eucharist to the back of the basilica. He saw me and we were both astonished–He had just been told “Go that way.” He had no idea where I was, and I had no idea where he was! I stepped into the row ahead of mine and received Communion from my son amidst thousands of worshippers. I’ll always remember that beautiful moment, and thanked God for this wonderful gift.

Basilica of Saint Paul Outside the Wall

Touring Outside of Rome

Basilica and the Sacred Convent of St. Francis in Assisi

Basilica and Monastery of St. Benedict in Norcia