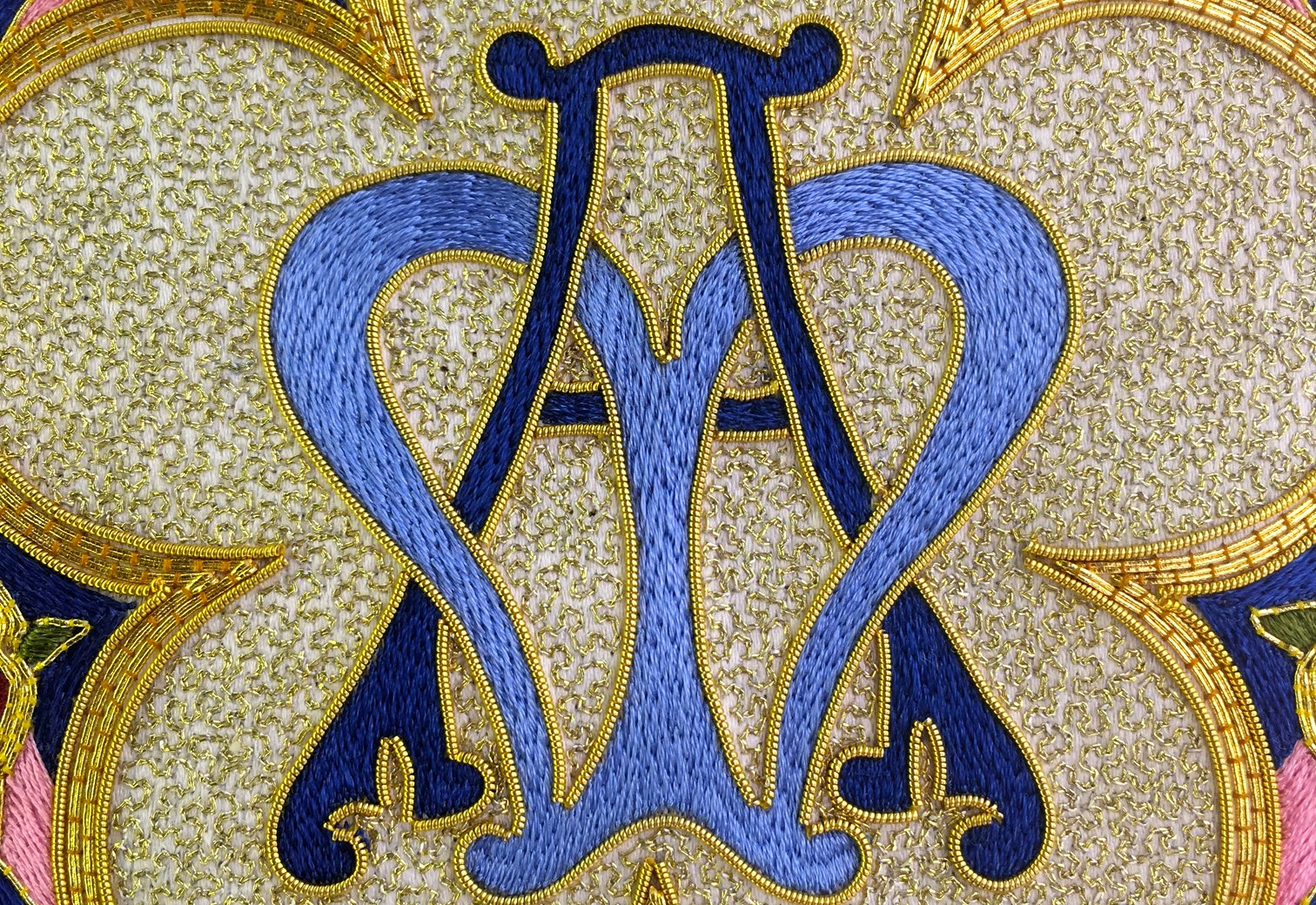 In my Sunday School class a few years ago, we listened to a CD of songs for Catholic Children from the 1950s and early 60s. One of them was “Lady in Blue.” I had never heard this expression to describe Mary, probably because I am a convert to Catholicism, but several of the moms who have been Catholic all their lives, didn’t know the expression either. Then, little by little, I began to see Mary on prayer cards and in art dressed in various shades of blue. The picture above is from an Italian prayer card that I photographed. However, I have been fortunate enough to have seen the magnificent painting in person twice in two years.

My son, Father William Goldin, was living in Rome for three years working on his doctorate degree. I was able to visit him during Holy Week in 2015, and visit the church that has this painting, for the first time. The Basilica of the Twelve Apostles, is in Rome and conveniently is about a half of a block away from the residence he was living in, the Casa Santa Maria. I had the good fortune to attend Easter Sunday services there and my son, Will, con-celebrated the Italian Mass. That was a beautiful and unexpected experience for me.

In June, 2017, my husband, David, and I flew to Rome to attend Will’s defense of his doctoral dissertation at a public event known as the Doctoral Defense at the Pontificia Universita’ San Tommaso d’Aquino also known as the “Angelicum.” We had some time before the Defense to sightsee and we toured the inside of the Basilica Dei Santi XII Apostoli (or Basilica of the Twelve Apostles). I had forgotten the beautiful painting of Mary and Infant Jesus, but enjoyed seeing it all over again, as if for the first time.

Blue Vestments and Symbols for Mary

Recent Photos of Paintings with Mary in Blue