“Stay awake and be ready!
For you do not know on what day your Lord will come.”

Daily Missal, and Lavabo and Pitcher

“Jesus told his disciples this parable:
‘The kingdom of heaven will be like ten virgins
who took their lamps and went out to meet the bridegroom.
Five of them were foolish and five were wise.
The foolish ones, when taking their lamps,
brought no oil with them,
but the wise brought flasks of oil with their lamps.
Since the bridegroom was long delayed,
they all became drowsy and fell asleep.
At midnight, there was a cry,
‘Behold, the bridegroom! Come out to meet him!’
Then all those virgins got up and trimmed their lamps.
The foolish ones said to the wise,
‘Give us some of your oil,
for our lamps are going out.’
But the wise ones replied,
‘No, for there may not be enough for us and you.
Go instead to the merchants and buy some for yourselves.’
While they went off to buy it,
the bridegroom came
and those who were ready went into the wedding feast with him.
Then the door was locked.
Afterwards the other virgins came and said,
‘Lord, Lord, open the door for us!’
But he said in reply,
‘Amen, I say to you, I do not know you.’
Therefore, stay awake,
for you know neither the day nor the hour.'”

“Saint Paul mentions an archangel in today’s second reading. The archangels are the heavenly beings sent by God to reveal to men and women the mysteries of God. The word “archangel” literally means “chief messenger.” We know the archangels through the Bible. The most famous archangels are Saints Gabriel, Raphael, and Michael. It was the archangel Gabriel who announced to the Virgin Mary the coming of the Messiah.” 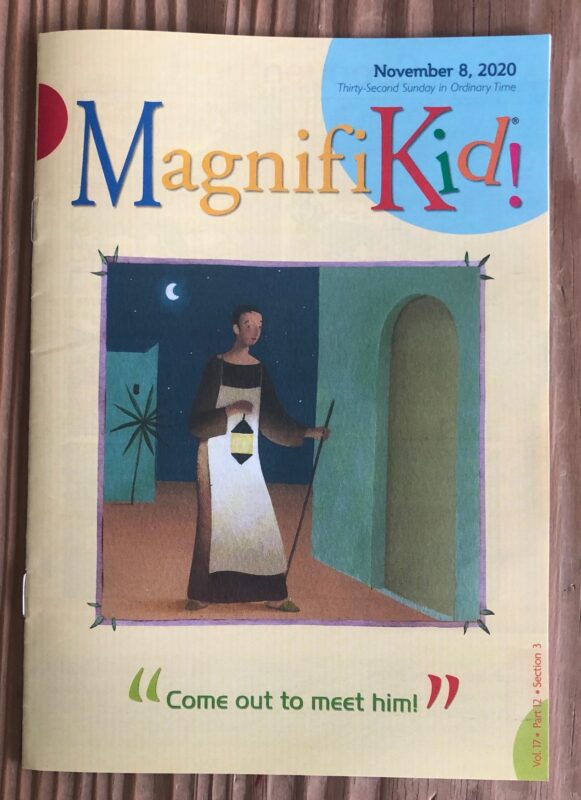 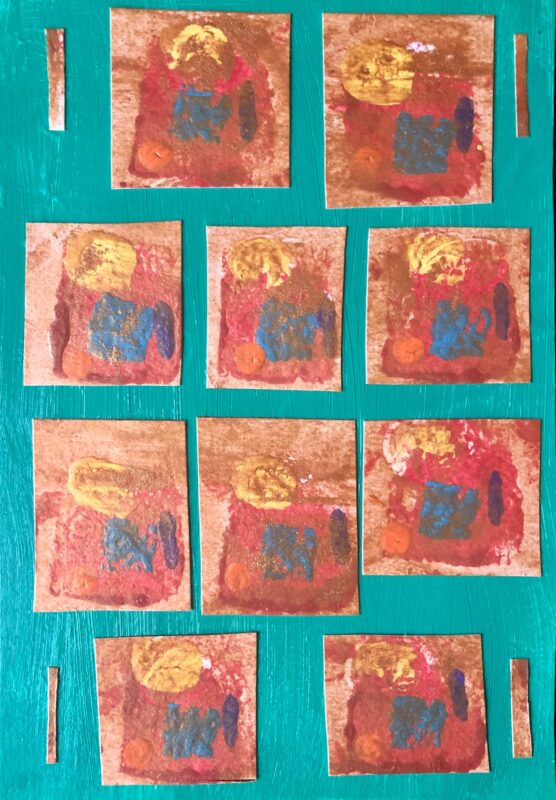 Please read this excerpt from the “Book of Wisdom” chapter 6:12-16 with your child. Discuss the meanings of the words in BOLD:”

“Resplendent and unfading is wisdom,
and she is readily perceived by those who love her,
and found by those who seek her.
She hastens to make herself known in anticipation of their desire;
Whoever watches for her at dawn shall not be disappointed,
for he shall find her sitting by his gate.
For taking thought of wisdom is the perfection of prudence,
and whoever for her sake keeps vigil
shall quickly be free from care;
because she makes her own rounds, seeking those worthy of her,
and graciously appears to them in the ways,
and meets them with all solicitude.”